Disney’s Newport Bay Club Hotel opened in April 1992. With it’s 1098 rooms it was western Europe’s biggest Hotel. As it “only” has 8 floors it has to be quite long to house so many rooms. To get to your room sometimes the walk down it’s corridors can take quite some time. If you’re lucky and get a room at the very last edge of this beautiful Hotel your walk from the reception can be as long as 300 meters (328 yards). Some years ago I made my way down the longest of all corridors in floor 2 (the floor with the reception). From one end to the other this is a 530m (1738ft) long journey! I have a video of this 😉 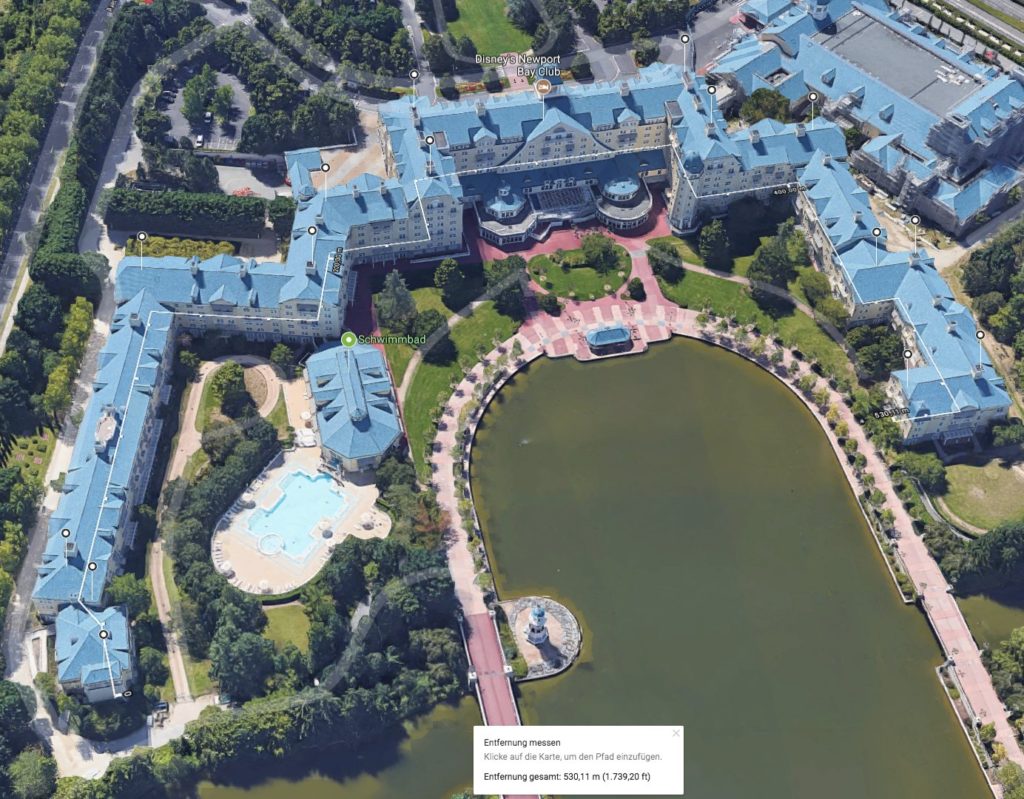 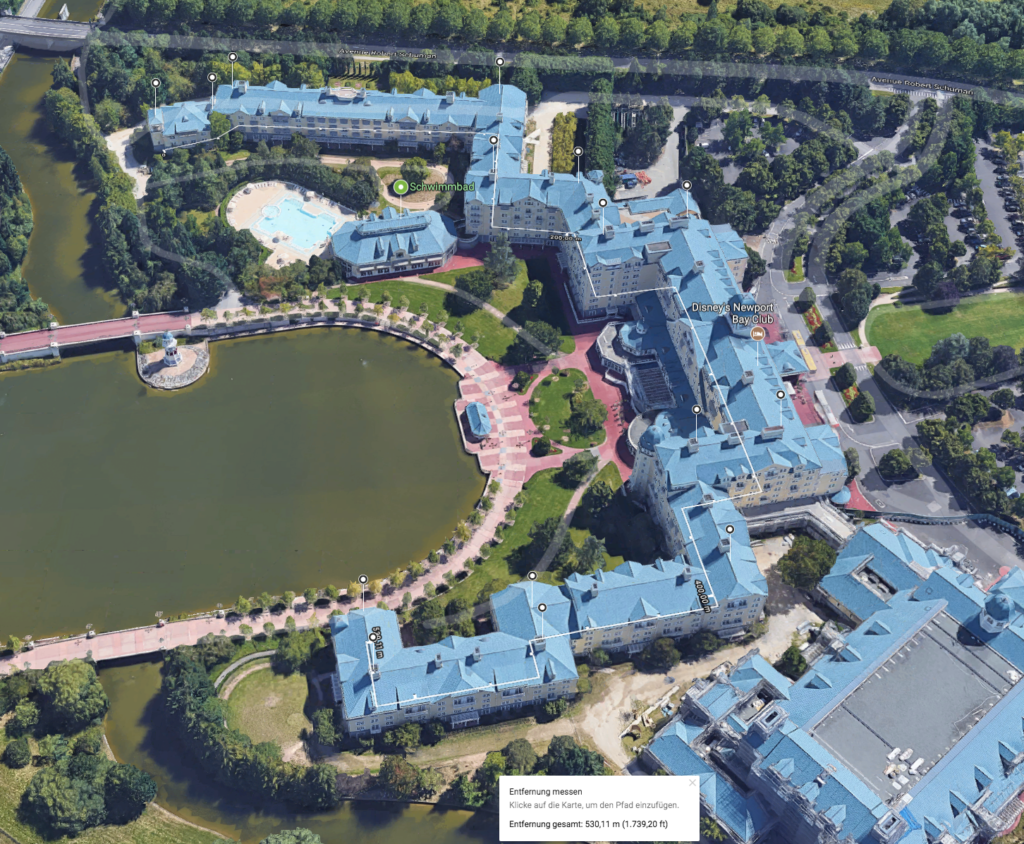